Christ Church Looks Back: The Rev. Kippenbrock
By Joseph Tomberlin
Posted May 31, 2013 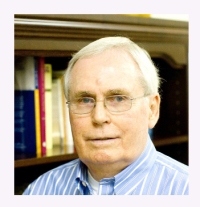 This month’s installment of Christ Church’s history deals with some evidence of tension within the Vestry and discord between the Vestry and the Rector, Fr. Michael Kippenbrock, in 1959. However, the events of that year are obscured to a considerable extent by the relative lack of concrete information, the passage of time, and what one might call the “fog of history.” To provide a comparison, the controversy in 1952-1953 between Fr. Clifton H. White and the Vestry and between Fr. White and Bishop Middleton S. Barnwell is treated with sufficient detail in Christ Church’s records that it is still possible to ascertain not only what was happening but also why it was happening. Thus, six months of history articles in The Vineyard, from March 2010 through August 2010, focused on the specifics of developments that led eventually to Fr. White’s resignation and his departure for All Saints Episcopal Church, Lakeland, Florida. In the case of 1959, we are not so fortunate. Parish records from that year show some of what occurred and provide no explanation whatever of why.

Though the Minutes of Vestry’s meeting on July 10, 1959, are brief, they contain two different items that point, at the least, to some disquiet within the group. In the first instance, Noah Fry, who had held various lay offices within Christ Church, announced his resignation as vestryman and as Treasurer. He claimed that his reasons for so doing were that frequently Vestry did not have a quorum when it met, that the Senior Warden seldom attended meetings, and that no written record of the Vestry by-laws existed. At the same time, the Minutes tersely noted, “Rector clarified duties of Rector and Vestry.” That any such a clarification was necessary at all indicated the existence of problems. Following the statement was a brief notice of a called Vestry session on July 20, 1959.

During the called meeting ten days later, on a Jerome Tillman-Marion Tucker motion, Vestry accepted Mr. Fry’s resignation as Treasurer and vestryman and then elected Mr. Larry Hendricks to replace him. Most importantly, George Twiggs, Vestry Secretary, read the full text of a written statement to the assembly. He began by saying, “I think it would be in order to review a few facts.” His first fact was that, in the Articles of Association adopted on April 11, 1954, in preparation for applying for parish status, Christ Church agreed to comply with “the doctrine, discipline, and worship, and the Canons and Constitution of the Protestant Episcopal Church in the United States of America, and the Constitution and Canons of the same Church in the Diocese of Georgia.” Furthermore, he affirmed, “We as Vestrymen made the same statement when we were sworn in.”

Mr. Twiggs then declared, “These are the laws that govern us.” First, “The Canons say that the Rector, when present, shall preside at Vestry meetings.” Second, “The control of the worship and the spiritual jurisdiction of the Parish are vested in the Rector.” Third, “For the purpose of his office and for the full and free discharge of all functions and duties pertaining thereto, the Rector shall, at all times, be entitled to the use and control of the Church and Parish buildings with the appurtenances and furniture thereof.” Fourth, “When the Priest is instituted [according to the 1928 Book of Common Prayer, page 569] the Bishop says to him, ‘[And as] a canonically instituted Priest into the office of the Rector of __________ Parish (or Church) you are faithfully to feed that portion of the flock of Christ which is now entrusted to you; not as a man-pleaser, but as continually bearing in mind that you are accountable to us here, and to the Chief Bishop and Sovereign Judge of all, hereafter.’”

Having laid out the “law” as he believed it applied to Christ Church’s situation, Twiggs stated, “I move that we rededicate ourselves to our tasks by taking the vow found in I Am a Vestryman [a book by Theodore R. Ludlow, an Episcopal priest and Bishop Suffragan of the Diocese of Newark, New Jersey, 1936-1953] and giving Father Kippenbrock a vote of confidence.” The vow was as follows: “Will you earnestly give yourself to this office by your faithful attendance at the services of the Church; by your ready and willing acceptance of the duties of your office; by your loyal support of and co-operation with the Rector of the Parish in the discharge of his canonical duties; by your conscientious sacrifice of time, strength, and substance in the discharge of your duties; by doing all in your power to promote the welfare of this Parish and of the whole Church of which this Parish is a part.” The prescribed response was “I will earnestly endeavor to do so, the Lord being my helper.” A.M. “Hambone” Larson provided a second for Mr. Twiggs’s motion, which, seemingly without any discussion whatever, received unanimous approval. At that point, the Vestry stood, and Fr. Kippenbrock administered the oath from I Am a Vestryman.

In closing this article, I confess that, at this point, I have suspicions, but I do not have a single concrete clue as to the source of the controversy that Mr. Twiggs dealt with so decisively.